María Pánfila was a beautiful woman, mother of seven children, and married to the love of her life, Timoteo Garay. 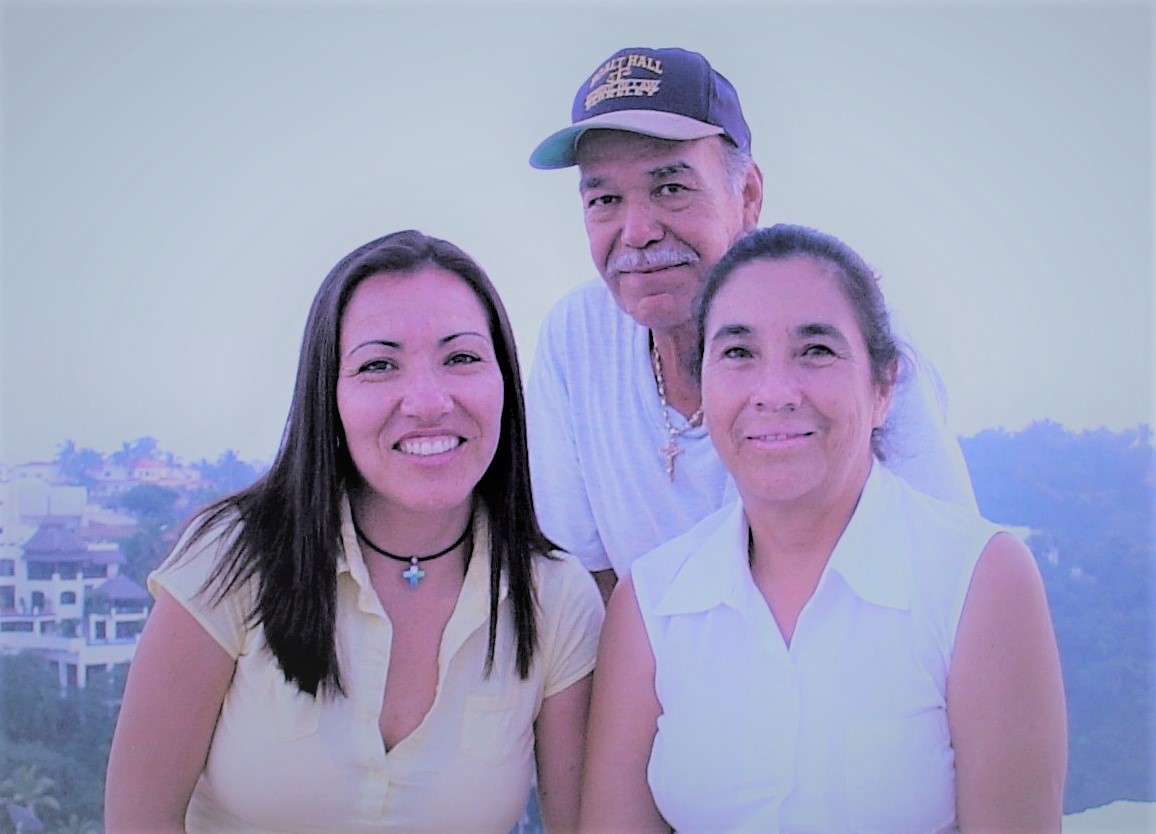 Of the millions who have died throughout the world because of domestic violence, Dr. Ann McKee, the renowned leading scientist, has studied the brain of only one. A mother of seven who was born in rural Mexico and died in Los Angeles, who suffered repeated blows to the head from her husband for 40 years of their marriage, is one of the world’s first confirmed case of a neurodegenerative disease called chronic traumatic encephalopathy or better known as CTE that was caused by domestic violence. That woman is Dr. Garay-Serratos’ mother, María Pánfila. Their story is told in the groundbreaking documentary from Scotia Entertainment, This Hits Home.

She was a kind, loving, soft spirit and devoted mother, wife and daughter.

Timoteo was a handsome driven, hard-working, and compassionate man who had a strong sense of community responsibility. They were born in El Niño Jesus (Baby Jesus), a rural small town miles off the main road in the city of Jerez in the state of Zacatecas, Mexico. They migrated to the United States to give their children a brighter future with opportunities.

While there were loving moments during Pánfila’s and Timoteo’s marriage, there was also a very dark side to that relationship that impacted their children and family. Timoteo abused his family, especially his wife María Pánfila. The abuse primarily focused on the head in the form of choking, smothering, throwing objects at her head, shaking, and slamming her head against walls and other surfaces.

María Pánfila took aspirin every day, complaining of unbearable migraine headaches. She often locked herself in the bedroom with the lights turned off. She kept all blinds closed to keep the light out in her home. Often, she asked María, as the eldest of the children, to take her siblings outside because she could not tolerate the noise. She would nap for hours, and as she got older, the naps grew longer. María Pánfila’s sensitivity to light and noise intensified as well. When María Pánfila was in her mid-50s, her family noticed that her memory was not the same and she was now fearful of crowds, suffered frequent crying spells, and other debilitating symptoms.

One day María, found her mother in the worst case ever in her parents home. María Pánfila could hardly stand and was crawling from room to room.

Soon after, María Pánfila started seeing doctors—especially neurologists. Her doctors asked the same question again and again: “What type of head trauma has your mother had?” María always answered the same way: “Over 40 years of severe, ongoing trauma.” The doctors focused on treating her physical symptoms. They ignored her history of violent abuse by her husband.

María Pánfila never played a violent sport or fought in a war. But the assaults she endured on her head and body were at least as acute as those experienced by athletes and soldiers, and the effects were the same. When all the tests were finished, the neurologist told María that her mother was suffering from moderate to severe Alzheimer’s disease. The head trauma had been so great and so consistent that there was little they could do.

María insisted with the neurologists that the family did not have a history of dementia and that there was something else going on due to the abuse to the head for over 40 years. However, the doctors ignored her.

As a social worker, María created a personal system of care for her mother as she found the health and social support networks simply not trained to help her family’s unique situation.

As for María’s father, over the years she came to better understand much more about him and his deepest pains. In moments of peace and clarity, they talked about his violence. He wished he could stop, but he simply could not. He shared how he was abused as a child in a home consumed with domestic violence and lived in a town that condoned it. María now understands that his behavior was almost certainly rooted in the abuse he himself suffered as a child. She believes he had traumatic brain injury as a result of his own father’s violence. And though she implored him to stop, Timoteo simply could not stop the violent outbursts and feared killing his wife or one of his children. He did real and lasting harm. He passed on July 30, 2013 from a tragic accident.

María Pánfila passed on June 20, 2015 from the debilitating effects of her abuse. She was receiving hospice care — bedridden, unable to speak or recognize her children. María was asked to donate her mother’s brain to ascertain the extent of the head trauma and cause of death. After three (3) and a half years and four (4) neuropathology exams, on January 17, 2019, Dr. Ann McKee, renowned neuropathologist and expert in neurodegenerative disease at New England Veterans Administration Medical Centers (VISN-1) and Professor of Neurology and Pathology at Boston University School of Medicine and Director of Boston University Chronic Traumatic Encephalopathy (CTE) Center, conclusively confirmed that María Pánfila died from CTE and Alzheimer’s disease. This devastating news only served to embolden María’s vision to end to domestic violence by bringing it into the light.

Today, María grieves her mother’s and father’s passing, too soon and far from peaceful. But she is strengthened and inspired by her faith and by the hope that with a full reckoning of the relationship between traumatic brain injury and domestic violence, another family may avoid such a fate.

Increase Awareness of the Public Health Consequences of Domestic Violence

Pánfila is of Greek origin meaning friend of all, kind to everyone, loved by all and daughter loved by all. The Pánfila Domestic Violence HOPE Foundation believes that embracing all and loving all impacted by domestic violence is the only path to ending it. Pánfila wants to bring HOPE to all children, women, men, pets and communities impacted by domestic violence, especially those living with DV-TBI.

The story of our founder and her quest to learn why her mother died is one of the stories told in the new powerful documentary, This Hits Home. The domestic violence experience of women and families are woven together with interviews with the nation’s leading brain scientists and practicing neurologists as they describe the effects of repeated blows to the head. Viewers will come away from this disquieting film with a fuller understanding of what domestic violence does to the long-term health and mental health of those affected by it.